|In Features
|By admin 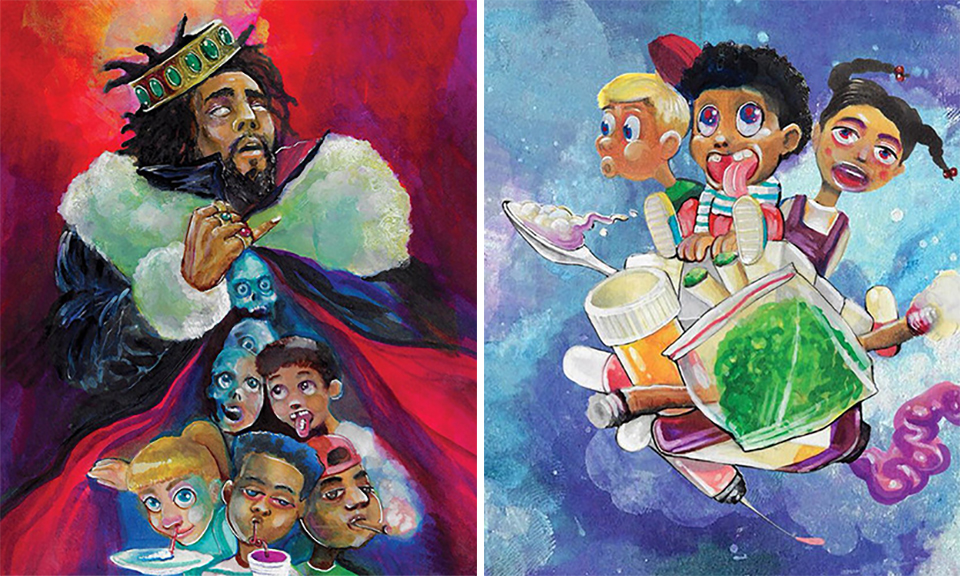 Jermaine Cole lives his life lowkey but when it’s music time, his emergence definitively cracks through the center of the industry, dividing the market into two fervent sides like a polarizing rap politician with masses on each team fighting for or against his lyrical narrative with witty memes and passionate hot takes. And despite the “certain level of intelligence” fans and opps may argue with or without, that comes with a certain level of pressure that J Cole doesn’t seem to take lightly as he embraces the role and steps up responsibly.

On April’s hazy holiday, the North Carolina rapper blew his fifth studio album into the sonic gorge, while personally passing it to his welcoming cult following. The slow-burning 12-track release offers more than his distinct brand of lyrical storytelling and socio-political observations over foggy jazz-based trip-hop production and is packaged instead as a conceptual body of work toiling with the subject of substance abuse and the balance between help and harm. His narrative is told in partnership with a single much-anticipated feature, which turns out to be his alter-ego kiLL Edward, who offers a characterized contrast to his medicated dystopia, where bliss and internal battles gnaw away.

Kids on Drugs, King Overdosed or Kill Our Demons – whatever you’d prefer to call it – is Cole’s mature self-reflective opus rummaging through the concepts of pain and morality and how the two intersect. “Life can bring much pain. There are many ways to deal with this pain. Choose wisely,” his intro begins before free-falling into eerie mood music that’s less concerned with chart placement, club probability (or even popularity) than it is the bedroom, whip or headphones of his curious fanbase interested in Cole’s context and commentary on rap’s obsession with pill-popping. Throughout the album, he shares personal accounts of his run-ins with drugs (‘BRACKETS’ and ‘FRIENDS’), while delivering disturbing accounts of his mother’s battle with alcoholism (‘Once An Addict’) and a fan’s interpretation of violence as God’s plan (‘Window Pain’).

His statement on the human condition and current rap climate is nothing new but rather a detour away from Cole as an untouchable top tier rapper. Instead, he opts out of the ego-filled comeback narrative for a more vulnerable account of a struggling man aiming to fill the void that money and success can’t solve. While it may not be Jermaine’s strongest body of work, and at times come off as preaching to the choir, it’s at least a much more earnest shift towards making his legacy last – as an artist and a simple man with vices. It’s possible for something to be fake deep and honest at the same time. That’s KOD.

You can listen to the project here:

Is “Cruel Winter” On The Way?

GET FAMILIAR: Everything You Need To Know About UK’s Flohio

Join up for exclusive giveaways, concert pre-sales and much more.